Fredericksburg: A Novel of the Irish at Maryes Heights Kirk Mitchell 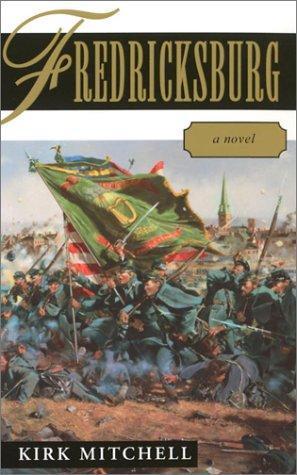 Poised atop the rolling hills above the town, Robert E. Lees Army of Northern Virginia waits to stop them. On 13 December 1862 at nine in the morning under a shroud of fog and bombardment smoke, the battle begins. By noon, the Federal 2d Corps is ordered into the growing slaughter. Marching with it from the heart of Fredericksburg is the Irish Brigade, famous for its raucous conviviality in camp. These immigrants from the tenements of New York, Philadelphia, and Boston maintain their formation under a murderous artillery barrage. Hundreds are maimed and killed as they advance up the long, open plain, but their green flag keeps bobbing forward.

At the edge of that plain is a stone wall, and massed behind it are many Irish soldiers in gray, fiercely holding on to this redoubt. When they see their brother Irishmen advancing upon them, a cheer of joy comes forth, only to be shut off by their Irish-born colonels cry: Give it to them, boys! Fredericksburg is a riveting account of one of the bloodiest days in the War Between the States.

A gritty, historically accurate novel of the brutal fight for a lone stone wall, it chronicles six Irish-Americans - their sufferings and aspirations in both the old world and the new - as they pass through the shock of combat and the fog of war.

But beyond that, it is a microcosm of the Civil War, bringing to awful light the reality of war between brothers. It is a novel that underscores the horror of that terrible day along the Rappahannock.

Comments
Comments for "Fredericksburg: A Novel of the Irish at Maryes Heights":